Huanchaco is a beach about 10km NW of Trujillo in the department of Libertad, easily accessible by public transport.

Huanchaco is notable for its surf breaks, its caballitos de totora and its ceviche. Huanchaco is near the ruin of Chan Chan a extraordinary adobe city (mud-brick) 14th Century. Huanchaco was approved as a World Surfing Reserve by the organization Save The Waves Coalition in 2012. This historic town is part of the tourist circuit called the "Moche Route" or "Ruta Moche". Today it is still a beautiful beach that, despite its modernity, still retains its old charm. 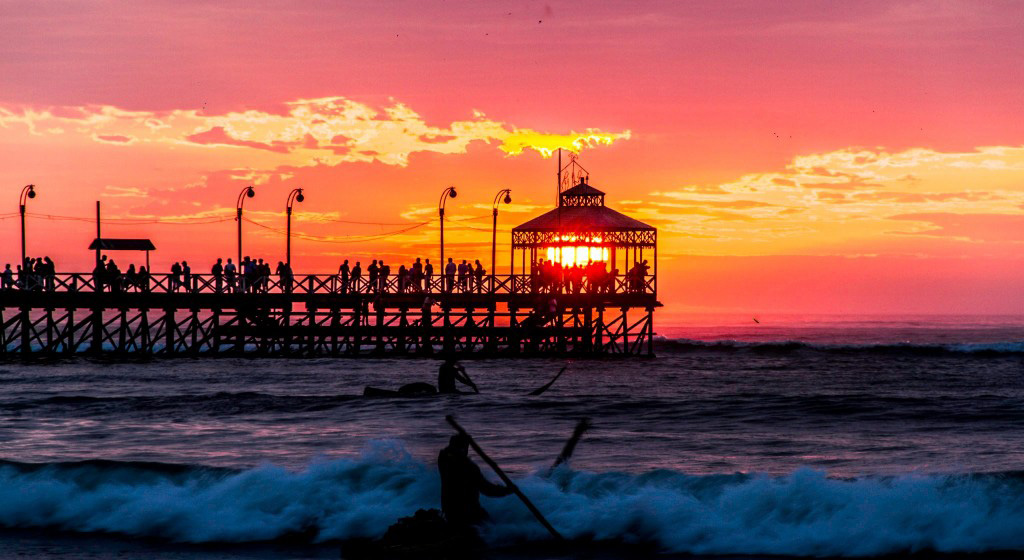